Who would think tea professionals would ever get into disagreements that escalate into shouting matches? Certainly not I. But I’ve seen that when tea industry folks talk about white tea. I’ve even seen this at trade fairs and tea discussion panels at conventions. Thank goodness no punches were thrown—although with tea geeks like me, it probably would have been limited to ineffectual slaps? For the whole month of August TeaSource will be shining a spotlight on white teas, so this seemed the perfect time to talk about a fundamental tea difference of opinion. 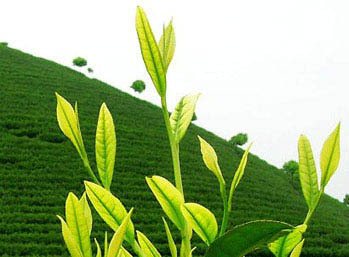 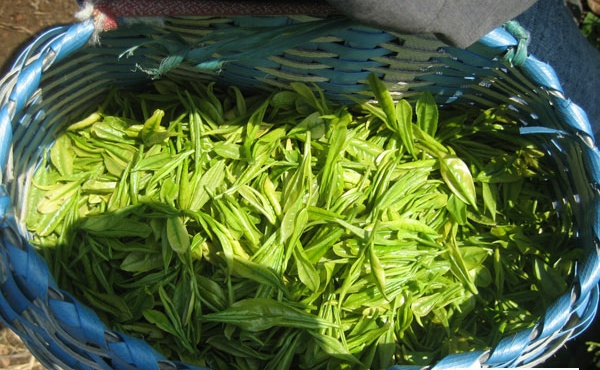 The first question is: what is white tea? In terms of production: white tea goes through the simplest of production processes. It begins with a unique gentle solar withering step, which can extend many hours, even into days, where they are using sunlight to help wither the leaves. Second, very limited oxidation occurs with white tea. This step is typically eliminated in the production process. But a minimal amount of oxidation occurs naturally over the course of manufacture. And thirdly, white teas typically, have no physical manipulation of the leave itself during manufacture: no rolling, twisting, panning, shaking, jiggling, caressing, tickling, etc. So stated very simplistically the production process of white is: a very long sun-wither, followed by drying. In terms of history: white tea traditionally is made in and around three small locales in Fujian province of China, the counties of Fuding, Jianyang, and Zhenghe. And naturally it would only be made from tea plants native to those locales. Some people say only tea made from those locales and those plants can be called white tea. 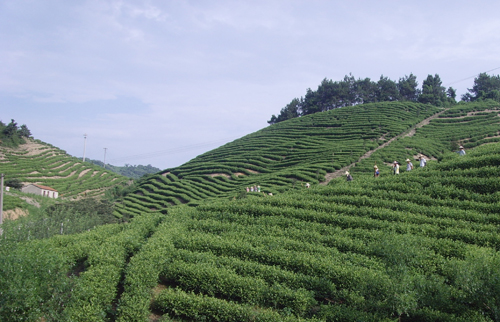 And this is where the fight begins. Is white tea defined by production process? Or is it defined by geography? This is very similar to the argument over Champagne. Does it have to be from the Champagne region of France? Or is a sparkling wine, made with the same production process the same grapes, and tasting roughly the same, but made in regions outside of France, still Champagne? I tend to not to take these kind of arguments too seriously, but to be fair this is a very legitimate question; especially for those small tea farmers in Fujian who have been making white tea for generations. All of a sudden white tea has grabbed worldwide attention and consumer interest. After more than a century of hand-making a wonderful little tea, mostly for their own local consumption, finally there is a larger demand for their product. This is their chance to get ahead. Is it right for folks who have only been making white tea for the last 5-10 years, to cash in on this sudden interest in white tea? But on the other hand these newbie white tea producers are typically using the exact same Fujian production processes, often using the Fujian tea plant cultivars, and not infrequently bringing in Fujian tea growers and manufacturers themselves to new regions to make these teas. In many cases this new white tea production has added a much needed spark to local tea industries outside of Fujian. And their white teas may look and taste as close to a Fuding white tea, as Fuding white tea tastes compared to a Zhenghe white tea. As I said, we are now in the realm of tea geeks. 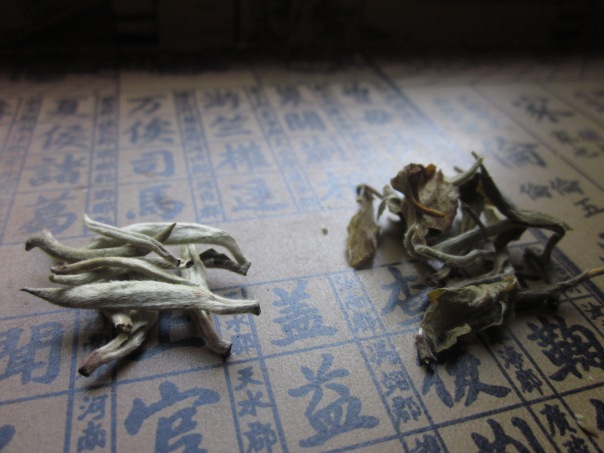 But nonetheless this is an important question, and you should consider it as you buy white teas. You should know where you tea vendor stands on this issue, and exactly where their white teas are from. I believe the “process” defines white tea, not the geography. So TeaSource may carry white teas from many different regions. But we will always identify them when that is the case. In the past if we didn’t say otherwise we assumed people knew it was from the traditional regions of Fujian. In the future we will always try to be more specific, even about teas from the traditional areas. We hold this position (of white tea being defined by the process) because we believe the world of tea is constantly changing and evolving. And we think this is a very good thing. There are many teas that didn’t exist a few years ago. For example, Ruby 18 from Taiwan didn’t exist five years ago. White tea from Ceylon didn’t exist about 15 years ago. Shou puer didn’t exist 40 years ago. Tea from India didn’t exist 175 years ago. This kind of change and evolution is part of what makes the world of specialty tea exciting and vibrant. As with any change there are some who like it and some who are dismayed. We feel this kind of change is part of the natural processes in the world of tea. So who the heck else is making white tea? Many other China provinces, India, Sri Lanka, Taiwan, Japan, Malawi… I had the privilege to purchase the very first white tea ever produced in Sri Lanka, almost 15 years ago. I was visiting the Lumbini Estate in southern Sri Lanka (one of our favorite estates and favorite tea growing families), when Chaminda, the son of the Lumbini founder and now manager of the garden, showed me something special he had been working on, a small batch of Bai Hao Silver Needles. Needless to say his dad was very skeptical of his son’s ‘far-out” tea-making efforts. The tea was FANTASTIC. I bought all of it on the spot, about 40 kgs. When I got back into Colombo, on the way to the airport I had to stop and buy two gigantic duffle bags (think hockey equipment bags) to stuff this tea into and bring onto the plane as additional luggage. This was pre-9/11 when you could get away with this kind of thing. Although getting through Customs in Mpls, took some explaining. Unfortunately this Bai Hao Silver Needles from the Lumbini Estate has become so popular in Japan that the price has gotten out of the range of TeaSource.

Before long I think this fight about what constitutes white tea will start to fade away. For better or worse I think this horse has left the barn. The good news is that then when everyone stops talking about the definition of white tea, we will focus more on the tea itself. For white tea is a unique gift to the world of tea. The dry leaf is stunning, a botanical work of art. And the steeped cup is soft, shimmering, sweet, creamy, and evokes calm, peace, and grace. All through August we will have white teas on sale and tons of info and sampling available. And expect some additional posts about white tea. 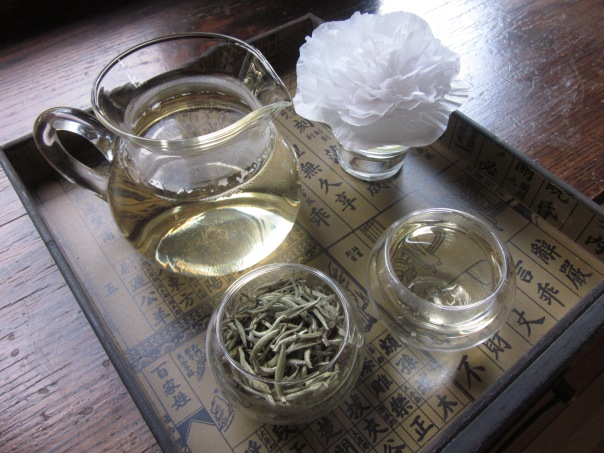